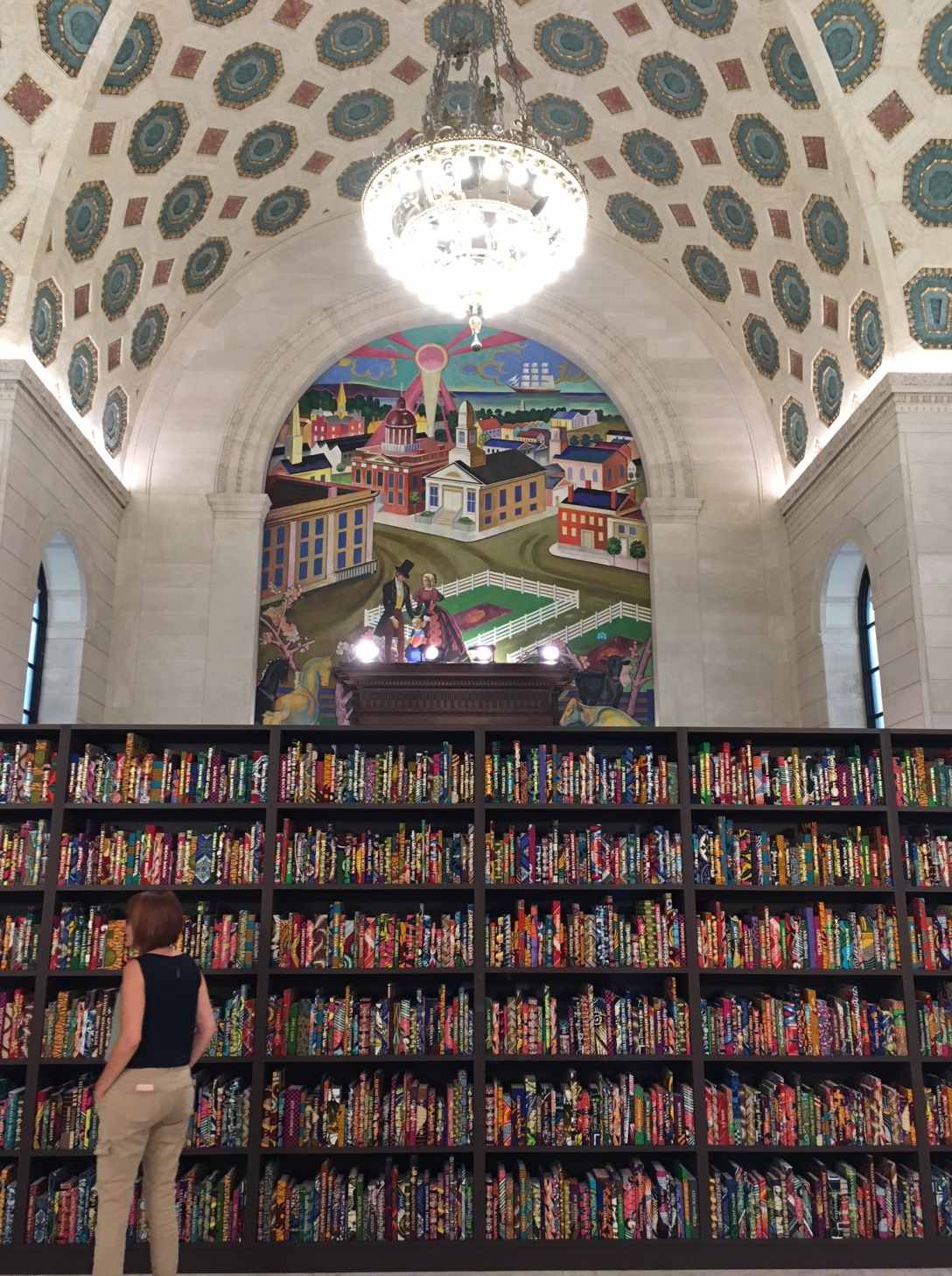 The scope of the undertaking is ambitious on all levels. The partnerships, installations, artist lectures, films, and beyond have aligned despite the bureaucratic obstacles one can often experience in the world of non-profit entities and arts organizations. Founded by art collector Fred Bidwell (whose Transformer Station I am a big fan of), with the creative direction of Chicago-based artist Michelle Grabner, FRONT Triennial is not about representing artists in the rustbelt region, and it never claimed to be. It is about showcasing the city itself as an arts and culture destination that can attract a wider gaze and international talent. A Republican National Convention and an NBA Championship, sure. Now how about a city-wide arts event? The process of selecting artists was to choose those who have started to ascend, or have already made a splash in other Biennials, Triennials, and various degrees of academe in the art world. The list of international artists is staggering for a first-time arts event in any capacity.

There was a stink about artists in Northeast Ohio not getting fair representation, although six artists from the region were selected: Elizabeth Emery, Dale Goode, Julie Ezelle Patton, Michael Oatman, Lauren Yeager and Johnny Coleman. However, much like SXSW or Art Basel Miami, FRONT has inspired rogue exhibitions by 78th Street Studios, Collective Arts Network, Lakeland Community College, Artist Archives of the Western Reserve, and Curated Storefront in Akron to name a handful. All affiliated and complimentary to FRONT. It’s an answer to the question of regional representation of which FRONT gladly included gallery and event listings in their own printed materials.

The marketing of FRONT and its choices of artists was to serve the purpose of bringing people in. In fact, almost all marketing efforts were targeted to those beyond a 250-mile radius of Cleveland. Does a gorgeous spread in Architectural Digest inspire a culture junkie in Seattle or a diehard art collector in Dallas to make a weekend out it? As though we are on a hamster wheel, always something to prove, Cleveland has a hurdle that most other cities with arts events don’t have: the stigma of being Cleveland. Let’s face it, Prospect New Orleans, Art Basel Miami, and the Venice Biennale take place in places people want to visit, anyway.

The theme for FRONT is “An American City” as artists created work that explores their sense of Cleveland, and cities like it. Several pieces in the Triennial speak to our current socio-political climate in America; immigration, racism, police brutality, the declining environment, and Wall Street greed are just some of the topics raised. Although these have always been problems, the spotlight has never been hotter in the wake of the Trump presidency.

The Thursday preview attracted visitors from the likes of Colorado, Utah, California, New York, Michigan, and Massachusetts. Still unfinished, the Julian Stanczak mural on Prospect Avenue was a wonderful way to see the process. As a part of Canvas City, 10 murals will stay up beyond this summer and be changed again in the coming years as a revolving outdoor mural gallery, much like Murals at the Market in Detroit.

The Saturday opening schedule was a grueling one; compounded by the fact opening gala was the evening before. If you didn’t have a ticket for up to $5,500 a plate at Public Auditorium, you could catch the wildly colorful and almost primal Asian Dope Boys performance on Instagram Live. In addition to tours and lectures, there is a large amount of programming of films, performances, and musical acts during City Stages. The planning around all locations was based on the assumptions one could walk to various sites, as well as hop on the RTA. Whether you love it or hate it, this is where ridesharing apps came into play for visitors in the summer heat or in a hurry to see as much as they could on opening weekend in a city where public transit is not exactly a strong suit. Shuttle tours that included the stops at the locations Oberlin and Akron aided, and inspired camaraderie. How this will develop over the summer with visitors remains to be seen. Frankly, many of these visitors for the opening weekend who were assigned by institutions and publications, were very annoyed they had to be in Cleveland despite whatever polite comments they offered. Some were open to exploring, while others just wanted to hit a checklist and retreat back to the area closest to their accommodations.

The popular Kusama exhibition at The Cleveland Museum of Art serves as an anchor for the Brutalist cinderblock city by Marlon de Azambujaand, the neon pieces developed using software by Agnieszka Kurantand, and works on paper of Kerry James Marshall (who also has an exhibition at The Cleveland Public Library) to name a few. Fred Bidwell referred to the giant hand created by artist Tony Tasset at MOCA as “selfie bait” but the real star of photos and social media platforms seems to be Yinka Shonibare MBE at The Cleveland Public Library. Even if you knew nothing of the context, as many visitors wandering from the nearby hotel conferences didn’t, the beauty of 6,000 colorful bound books on its own combined with the jaw dropping architecture made it hard for anyone to resist. If anyone took part in the interactive component, it didn’t seem to matter.

You could say labeling anyone a “local” artist is akin to calling them a provincial artist. Perhaps Cleveland Artist, Rustbelt Artist, or even American Artist are labels we can begin to use more often despite not being a metropolis. It might be a long road, but FRONT could be yet another turning point in the perception game when it comes to Cleveland. Magazine features and online listicles can only do so much. Perception, of course, is one of the most minor problems the city faces.