One of the great things about my husband is that he is sort of a dandy; he can dress well and has an eye for design, generally speaking. He wouldn’t be caught dead in cargo shorts (or any shorts for that matter) and he can’t stand furniture that looks like it belongs in a dorm room. We have pretty similar taste, but unfortunately, it tends to be an expensive taste.

It’s taken a long time for us to get past furniture that wasn’t thrift store yuckies, hand-me-downs, or IKEA. So there other day he declares, “we are re-decorating this damn living room!”. Not that it is terrible, but we’ve had the same IKEA couch for over 12 years that has been falling apart, and it’s time to get a few things reupholstered. In general I think it has all gone ok being that we rent, and can’t do anything about the paint color, curtains, or the PLEASE, SPILL RED WINE ON ME carpet… 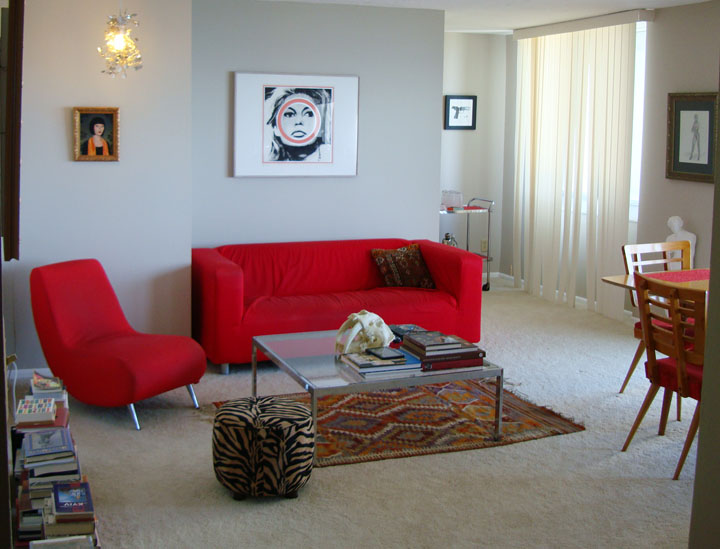 He wants the books off the floor as well. Most people think it looks cool, but it is driving him crazy. So, I’m in the process of freaking out about what I can sort of afford and yet not be stuck buying cheap stuff — again. Buying a couch is my first world problem stresser right now. I always feel like if I buy a heavy piece of furniture, something will happen where I have to move suddenly. Then I think about how the cats will destroy it. The cats are really why I can’t buy nice things. Damn cats.

First things first is we decided we are getting this rug, no question!

Initially he wanted this union jack loveseat, but I know the velvet fabric will be a problem to maintain, and I think it will engulf the room. I mean, aside from zebra what the heck kind of rug would even compliment it?

So I was leaning towards this puppy. Except I heard these were sort of crappy, despite good online reviews…

I may make a trip down to Parma to go over some of the newer furniture left at the furniture bank, but I don’t think I can stomach a used couch again. I won’t even begin to go into the ways I tried to salvage the infamous Alternative Press velvet couch that passed through at least 3 owners. I tightened the springs and re-stuffed the foam in the seat cushions. It was all futile.

I know the couch I’ve picked is boring, but it is well under $1,000 and my plan is to give my man his union jack, after all, with some pillows like this…

But then I come across something like this, and also have found that I can order a custom mid century mod sofa from www.FunkySofa.com with jaguar print or faux black crocodile. Uuuugh. Both options out of my budget but then again, will it be worth it? And now, I think we finally decided on this because the legs match my dining room set… but it is a bit too long.

I have gone through every dang mid century modern sofa list on Pinterest, Apartment Therapy, RetroRenovation and more that I think I could find when trying to get something under $1,000. The site Design Within Reach? So not within my reach. Some places a good looking couch might have looked decent in photos but had really bad reviews, some shot up in price if you wanted a different color, some were just no longer available. I really don’t want to go through Ebay, either. I want something new new new. So if you have any suggestions or resources, leave it in the comments because I’m having a hard time pulling the trigger on anything right now!

First World Problems, I get it. 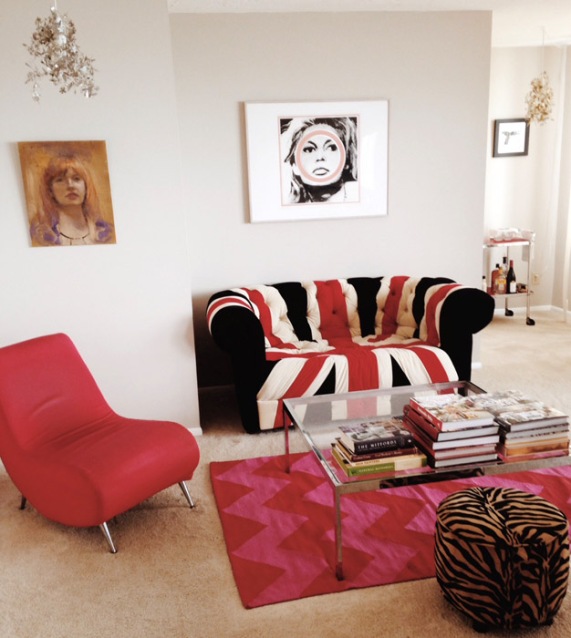