Funny to read this article on John Currin and Rachel Feinstein. I’m actually glad I’m not the only conservative and mildly lazy Libertarian artist out there! 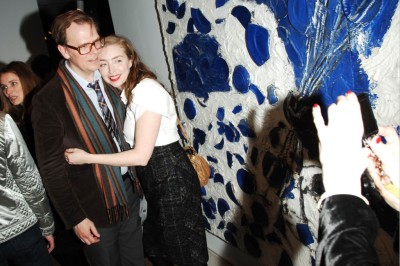 It could have been written years ago, as not much has changed with them, or any of the other artists who appear more in fashion magazines and at the Oscars than they do in galleries or art journals.

In fact, I did a series of rather mocking sketches of all of these artists in 2002 (Ahn Duong, Cecily Brown, The Schnabels), in various situations — most at Ian Schrager hotels. 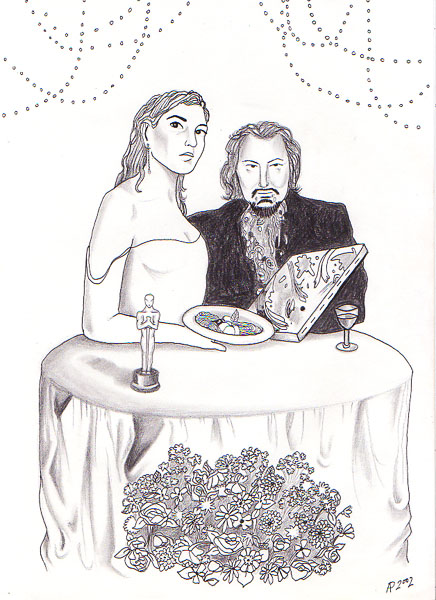 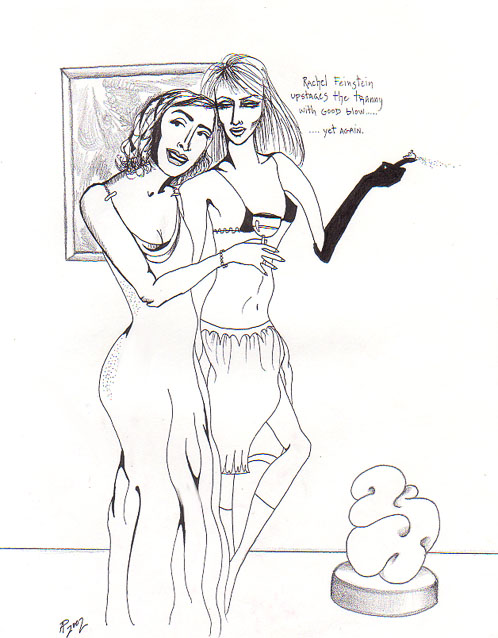 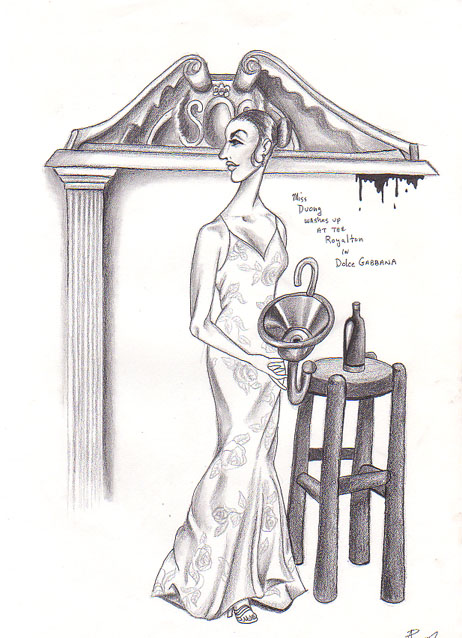 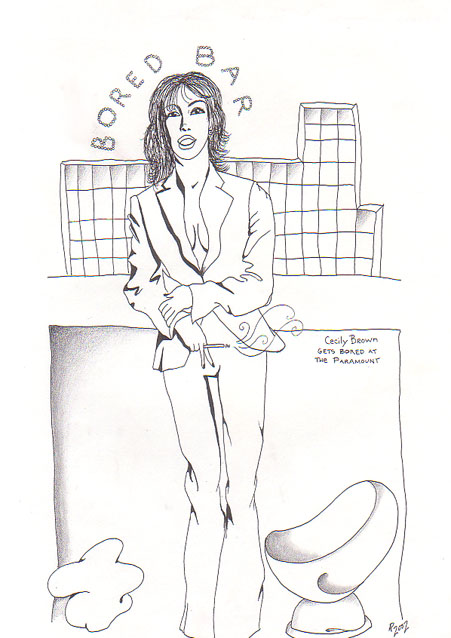 I even included Paris Hilton, and this was before the sex tape… 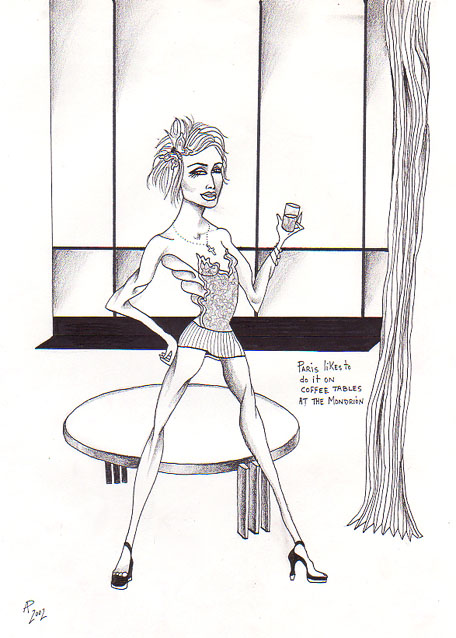 I’ve never been able to sell or exhibit these — despite my annoyance at the subjects being ahead of the times — I think not many people “got” it. Unless you were in the NYC art scene. And even then.

I guess my problem with the artists getting coverage like this — or what they represent — isn’t so much that they move in the worlds of celebrity and fashion; that isn’t a new thing even dating back to the Renaissance or court painters. It is that the artists selected to be part of these groups almost always have to be very good looking — and that’s it! It doesn’t matter if the art is good or not, they just have to be photogenic, and wear designer clothes. People like Hope Atherton are fabulous, I think, but her artwork I’ve never been crazy about. Same goes for Cecily Brown, Kristen Baker, and Ahn Duong. Would people care what they wore, snap their pictures at parties, or invite them to sit at runway shows if they didn’t look they way they do? Probably not, but then it begs the question of how often they get a gallery show simply because they get this kind of superficial coverage. Does a more talented artist get swept aside because they aren’t parading around in Gucci clothes at events that take money/influence to attend in the first place?

I think the infamous Vanity Fair article that came out (what 1999 or 2000?) that started the rise of these artists kind of speaks for itself in just the way they are photographed. Almost like pin-ups for the cultured and chic. 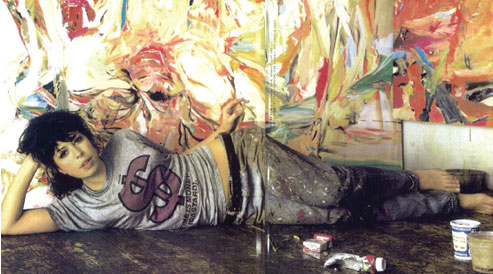 I even remember the issue after because all the reader mail gushed about how cute John Currin was in the photo, and was he available? 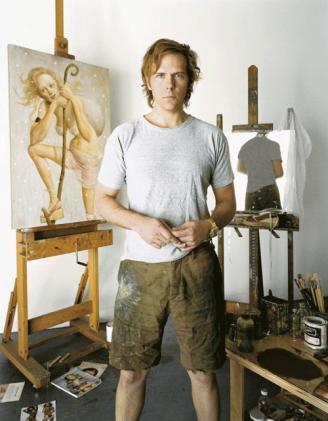 In regards to the NYT article, someone joked that Feinstein will probably make a purse line for Target, and maybe we’ll have Currin bedsheets for K-Mart. These days I wouldn’t be shocked, but is that always a bad thing? Heck, if they were nice sheets, I might buy them! We live in a new age of merchandising, illustration, and fine art in galleries. The lines are blurred thanks to self-publishing, the internet, and other factors. Illustrators are in more galleries, fine artists are doing more merchandise. I do merchandise for example… 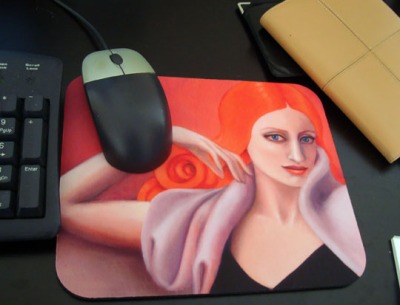 There were the purses and Louis Vuitton store by Murakami, and even one of my favorite contemporary artists, James Jean, has a scarf he designed along with having done work for Prada. (I like the b&w scarf, but not the color one for some reason)

In these cases I guess it comes down to how well the “fine art” can translate to a product, and without it feeling forced or stupid. I like Shag — for instance — as a designer, but only as a designer. He shows in galleries along with doing merchandise on a large scale. I went to see his exhibit at the Laguna Beach Art Museum. Compared with the other exhibits he was sharing, his work just looked really wrong hanging in a museum setting. At the gift shop it was another story; mugs, soaps, packaging design for everything. It was cute and I bought some note cards I think. His aesthetic worked in the gift shop, whereas in the museum itself it didn’t work.

In the end I don’t really have a problem with artists going for modeling contracts, or being featured at Oscar after parties, making nice-nice with media moguls, or creating merchandise for the masses. I have a problem if their art sucks and their career takes off only because they are pretty. If the work is good, I’ll buy into it all, and if they can make something for Target or K-Mart that I think is great design or something I’d buy anyways, well — why not? Nothing is sacred anymore, kids. Bernini was a celebrity who was reported on in his day, by gossip columns and newspapers, and I bet if offered a chance to make a line of tea pots or something meant to be sold in great quantity for money, he’d do it.