Last weekend I did the Grand Rapids brew pub extravaganza trip yet again. You can read about past ones here and here.

This year we cut out all the nonsense and just stuck with the Diemer Race (my husband beat former Olympic Bronze medalist Brian Diemer again, and won a donut) and going to Hop Cat, twice. Truthfully, as much as I like Founders’ beer, their brew pub isn’t always the best experience due to a surly staff and food that is just okay. Our friends who came up from Ann Arbor agreed, so Hop Cat bound we were. We also cut out the trip to Bell’s Brewery in Kalamazoo because last time, we couldn’t handle the hippie hackey sack jam band crowd. Also the food was blah. Hop Cat still remains one of my favorite brew pubs ever. There’s a reason it was ranked top 3 in the USA!

The real highlight of the trip this time was finding an awesome motel in Grand Rapids — after two times failing. Off the horrid 28th street strip of mini malls and cash-for-gold outlets, was a small oasis with white fences, lamp posts, and hollyhocks. It was like you stepped into a Thomas Kinkade painting, only — you know, without it being too awful. There was chintz; a solarium; kitsch fox hunt art; live parrots; a library; large rooms, and a breakfast room that even had a dress code (that didn’t stop some idiots from wearing PJ bottoms all damn day though). Who knew a Quality Inn could be so nice?

Hop Cat, land-o-happy. It was shockingly dead for a Saturday up until the England vs. USA soccer match. If this place were in Cleveland, I’d probably be there every dang day! 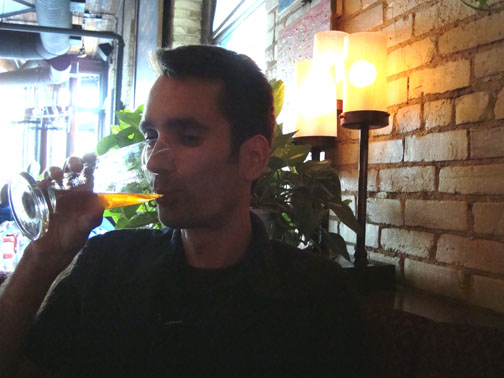 Ben getting his pre-race drink on. I think this beer was called “The Jerk”

It was so humid they had the fire hydrant on just for people finishing the race to cool off. One guy collapsed at the finish line and wasn’t looking so good when EMT showed up. 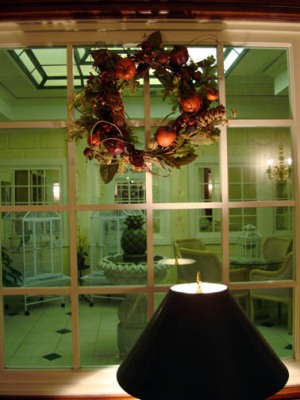 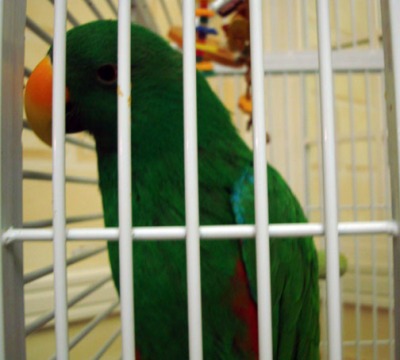 This is Mulan, he was funny.

We thought it was weird and gross this place had a teenage girl dressed as a cheerleader dancing all cute-like to get you to come in and sell your gold. Who the hell keeps gold in their car anyways? I wonder if she’s ever been propositioned? Man, if I were a cop, I’d be keeping an eye on this one.