The past few days I have had an issue. An issue I have never had before, because most people, designers, galleries aren’t all — shall we say — amatuer jackasses.A photo of me, taken when I was 16 years-old, was stolen from a private MySpace photo album, and used as a promo flyer for a sexy-time burlesque art event at this silly gallery. The image was hardly changed, a logo and some text added, and the best was the gallery trying to tell me it was a drawing. Funny, since the pixles and size and lines matched right up. So now, they were insulting my intelligence.

After numerous attempts to get my image removed and back & forth with this gallery that they would remove it, what did they do? They made it…smaller! Oh, gee, what’s that little b&w girl with the fan there, huh?

Did you think I wouldn’t notice? I wasn’t up to having a lawyer draft a C&D
letter, but this is retarded. I love how they dragged this out for a 2 days so they could still use it to promote the event tonight. These people are now knowing doing something illegal, copyright infringement and fair-use violation is shitty, and it is double shitty when you outright ignore and flaunt it to the rightful owner. This said to me that the gallery was flat out mocking me.
This all could have been resolved if they had only asked in the first place. I have taken major steps into correcting this (notifying Photobucket, their webhost, MySpace flagging and so forth) and had a lot of help from friends and artists who thought this was bullshit, but that could only do so much given the time frame I had. The image was finally removed in the late evening, but only after the gallery was informed that by California law they owed me $750.00.The question is, do I now go and add watermarks to ALL of my images online? Do I worry this could happen again? Not really, in all the years I’ve had my work or photos online, I have never had an issue but once. 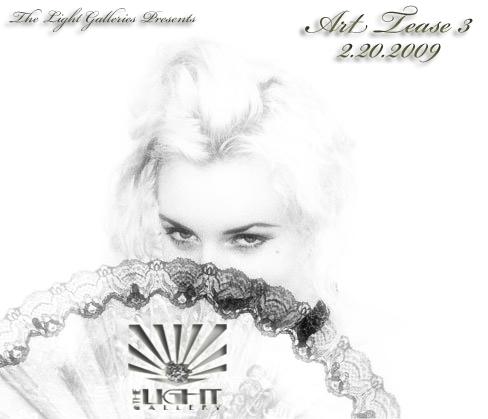 This gallery is obviously amatuer hour. They should know and hold dear those copyright laws, and a person such as myself shouldn’t have to ask 4 times for an image to be removed only to be jerked around. Is that that kind of gallery you would want representing you? If they break the law this way and won’t own up to it, what else do they do possibly? Withold payment? Put artist money in the stock market? Make unauthorized prints? If you are in business for artists, to then ignore the basics of how to go about properly is amazing to me.Remember kids: as easy as it is to steal an image because you are lazy or unoriginal, it is just as easy for the owner to find out about it! I am mildly ashamed that I have to live in an age where this can run so rampant, that we even have websites like www.youthoughtwewouldntnotice.com.
That this generation needs a whole website just to say, “Ha! We caught you!” is sad if you think about it.Originality, ideas, remember when people had those?